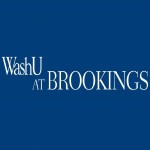 For the past several weeks Paul Paese, of PMC, has been working on converting to online delivery one of the executive courses he teaches at the Brookings Institution. Thanks to the innovative partnership between Brookings and Olin Business School at Washington University, Paul has had the amazing good fortune of working under the tutelage of Ray Irving, Director of Olin’s Center for Digital Education. The CDE got a big shout-out this month, and deservedly so, from business school Dean, Mark Taylor, in the Olin blog. The course Paul and Ray are converting, Strategies for Conflict Resolution, is coming together nicely and will officially launch in the Brookings Executive Fellowship program early this month. 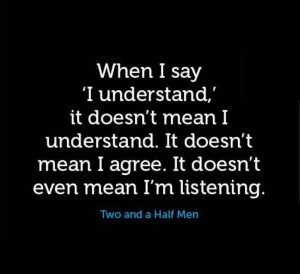 We’ve noticed a consistent gap in workplace conversations. To convey understanding, most people use easy phrases like “I understand,” “I appreciate that,” or “I get it,” and often say these phrases repeatedly in an effort to show that they indeed understand. Few go so far as to offer a brief re-cap by saying something like, “Okay, if I’m tracking, you’re saying…”, and then asking if their re-cap is on target.  Why bother with the extra effort? Well, maybe you think you understand, but in reality you don’t fully grasp what the other is saying. Or maybe the other person can’t find the right words and could use your help finding them. By 1) re-capping what you think the other person is saying, 2) asking him or her if you’ve got it right, 3) repeating these first two steps if necessary, and 4) ultimately getting an affirmative response, you’re showing that you understand. This practice is particularly important when others have been talking for a while, and especially if they’ve been repeating themselves. While it may seem unnecessary to check your understanding when others have been repeating themselves (“Hey, dude, I get it!”), this is exactly when checking may be the most helpful. Why? Because repetition is often a signal that the other person doesn’t feel heard, or believes you’re missing their point. Paraphrasing and getting confirmation usually ends the repetition because now you’ve shown that you understand, and the other person sees that further repetition isn’t needed. So our recommendation is simple: If the conversation is important and your goal is to understand others and have them feel understood, show that you understand first. Don’t just say you do. 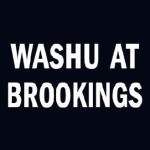 Executive education has thrived at Olin Business School for decades. But now, under Dean Mark Taylor, Olin exec ed is attaining new heights through a stronger partnership with The Brookings Institution in Washington, DC. As Dean Taylor writes in the Olin Blog, “Leveraging our unique partnership with Brookings, we’ve created a joint organization that deeply entwines Olin’s research-based leadership in executive education with the global policy and economic expertise at the world’s premier think-tank. We’ve already rebranded the existing program as WashU at Brookings.” Paul Paese, of PMC, is proud to be an active contributor to this growing partnership, regularly teaching executive courses at both Olin and Brookings, 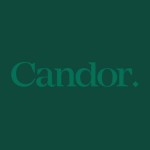 Candor in the workplace, even “extreme” or “radical” candor, has become a hot topic in recent years. And for good reason. The creativity, buy-in, and efficiencies possible through candid conversation are remarkable and well-documented. There’s no question that candid dialogue, when seen as the norm and practiced routinely, is a key source of competitive advantage — companies like Google and Bridgewater Associates are good illustrations. Yet practicing candor company-wide is not nearly as easy as popular writings imply, especially if a company’s existing culture is less than candid. At the top of the recommended reading list for candor-challenged workplaces is The Fearless Organization by Amy Edmondson. Published just over a year ago, this book addresses the often subtle yet widespread effects of fear in the workplace, and how fear impedes candor and creativity. The basic argument is that, for a culture of candor to take hold and endure over time, an organization must first propagate psychological safety throughout its ranks. We couldn’t agree more. This book is strongly recommended for leaders at all levels.